This society is originated from the medical workshop initiated in March 1925 by the late Choei Ishibashi, the first president, for the purpose to promote the continuing medical education.

This society has a purpose to contribute the promotion of international mutual understanding by academic exchange with overseas while conducting dissemination and awareness raising for research accomplishment and the latest technology in respect to the latest medicine, medical treatment, and public health to improve and develop our country's medicine, health, and welfare.

The followings are the activities to accomplish the above-mentioned purposes.

Operation to hold lectures mainly for medicine and pharmacy or to hold symposium with subject to medical/healthcare related personnel and ordinary citizens.

Operation to publish for domestic/overseas research, collection of documentation, and analysis or accomplishment in respect to medicine and pharmacy.

Operation to cooperate with domestic/overseas researchers or institutions and academic exchange in respect to medicine and pharmacy.

Operation to encourage to present researcher's research and accomplishment.

For other, necessary operation to accomplish a purpose of this society.

The main objective of the International Medical Society of Japan (IMSJ) is to promote on going medical education and international medical collaboration. The late Choei Ishibashi, who was the first president in 1925, established the medical symposium. The symposium requests each specialist in his/her field to prepare a lecture on the most recent topics covering clinical matters in their individual field or basic medicine, pharmaceuticals, or medical dentistry. Furthermore, the basis of the founder's principle is to expand knowledge over and beyond the scope of the medical/dental field that is the current protocol for medical personnel to face patients, "Discourse" by distinctive personnel from different industries besides the medical/dental industry initiated in 1968. This lecture is unique to our society and certainly contributes to holistic medicine. The symposium is held 6 times a year in January, March, May, July, September, and November.

In addition, our society has other objectives of international medical collaboration as well as the continuing medical education. Many doctors and researchers have accomplished exchanges through our society in the past. Those exchange activities are now expanded to ordinary citizens and have resulted in the sister city agreement such as the agreement between Shimotsuke (formerly Ishibashi-cho) of Tochigi prefecture and Dietzhölztal (formerly Steinbrucken) of Germany or between Kusatsu of Gunma prefecture and Bietigheim-Bissingen of Germany. For others, the society has a history in establishing medical collaboration and promotes an international friendship with municipalities such as Lemgo, Karlsruhe, and Freiburg or major universities and medical institutions in Germany. Furthermore, the society has a cooperative relationship with the Tawara-Ashoff Symposium that honors the achievement of medical researchers in both Japan and Germany who discovered the cardiac impulse conducting system. The society holds lectures to promote medical collaboration between Japan and Germany and plans trips to Germany as needed in accordance with the symposium held every other year alternately in Japan and Germany. 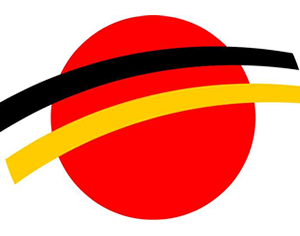